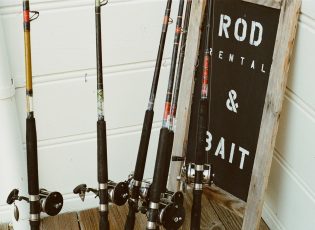 Boasting the world’s second largest barrier reef, Roatan, Honduras is known for its exquisite marine life and water activities. While the many luxurious Roatan resorts can certainly be tempting to book, you ought to consider spending your hard earned cash on once in a lifetime experiences instead, like fishing for huge marlins or hugging a rescued sloth at a wildlife reserve. Like many tropical destinations, Roatan’s slower season falls at the end of summer when temperatures peak. You can typically find discounts on Roatan resorts and rentals from July to October. Lodging sites will often post which months they consider to be “off season”, so END_OF_DOCUMENT_TOKEN_TO_BE_REPLACED

No matter if you’re stepping onto Captain Artley’s boat for one of his many Roatan excursions, like a sunset tour or Roatan deep sea fishing, you will surely hear about the island’s rich pirate history. Roatan’s pirate stories are best accompanied with a tropical beverage made with rum named after a famous pirate of the area, Henry Morgan. AHOY! THE NEW WORLD! Ok, no, Christopher Columbus might not have said “Ahoy,” but surely he would have exclaimed something on his own Roatan excursion when he spotted the coast of Guanaja, Roatan’s neighbor island. Columbus’ discovery of Honduras paved the way for Spanish settlements and mining END_OF_DOCUMENT_TOKEN_TO_BE_REPLACED